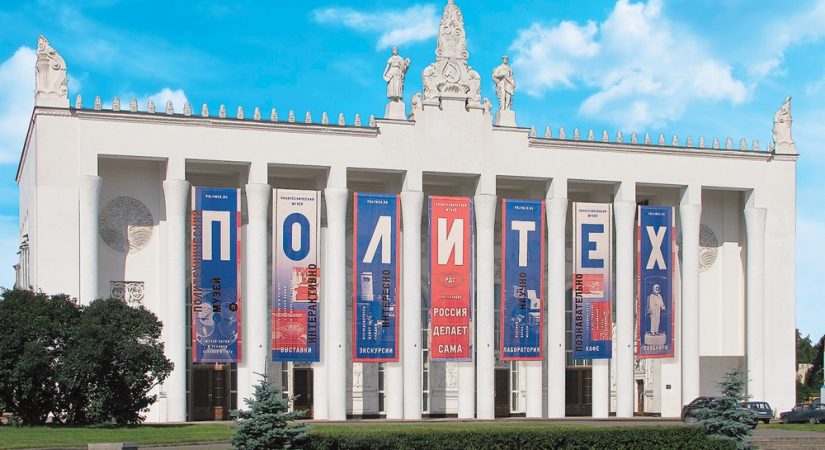 On Monday, October 8, the presentation of the Polytechnic Museum of Moscow was held at the room 423. The employees of the Polytechnic University told the students of GUIMTS about the museum, how it will look after the reconstruction of the Historical building on Lubyanka Square is completed and what expositions and exhibitions will it have.

Also, a lot of attention was paid to the volunteer program of the museum. Polytech invites GUIMC students to become their volunteers and in this role take part in two festivals: the international festival about cinema and science "Polytech 360" and the festival "Polytech" —annual two-day festival of science and curiosity.

The students will be involved in various activities (assistance for facilitators, venue preparation, navigation for festival visitors, etc.) and will be able to get a new and intriguing experience.

In addition, the Polytech offers to study for a guide at the temporary exhibition “Rossiya Delaet Sama” in the museum building at the Exhibition of Achievements of National Economy (VDNKh) — to conduct excursions in RSL for groups of younger and older schoolchildren, students and adults.

Participants in the volunteer program will receive a volunteer card that gives free access to the main Moscow museums.

On October 21, GUIMC students visited the exposition “Rossiya Delaet Sama” in the pavilion of the Polytech at VDNKh.

They enjoyed the tour, as they reported in their reviews, and also suggested how to make it even better:

“I really enjoyed visiting the museum. I especially want to mention 3 exhibits that I remembered the most: "lightning", "atomic explosion", the robot guide called Sepulka. It was very interesting, and I learned a lot of new things. Each exhibit has an electronic screen where you can read about the exhibit or run it. I would like to suggest correction for the “story chairs” — to add speakers from two sides would be handy. And that on the place where we made paper cranes with our own hands one could pause the video”

“After visiting the museum, there were a lot of positive emotions. I liked the design, composition of each of the halls, interactive exhibits and a platform near the atomic bomb mockup.

I would like to have more seats in order to make it easier to listen to the guide, especially in the hall with space; small corners with sofas would look very good, where the guide would in the spotlight. Also, in my opinion, it would be better to take thematic tours, rather than general, walk-throughs. This would enable listeners and the narrator to immerse them in the topic, rather than scatter attention, and people would not be so tired. ”